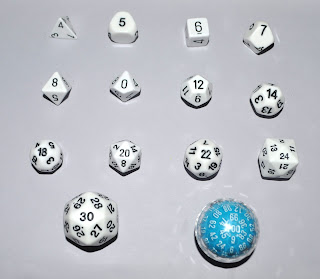 Here is a table of the equivalences:


Obviously, there are more options. However, one issue is if a subtraction is present the maximum value of a subtrahend must be equal or less than the lowest value of the minuend. That is a 1d100-48 has the same mean as a 1d4, but the roll can give negative numbers which count as zero, so it is equivalent of rolling a 1d52.

When a die is subtracted from a bonus it is obviously the same as the die plus the difference of the bonus minus the sidedness. The same applies for multiple dice. Therefore if one wanted a weapon that gave tail values —i.e. nearly max or min damage— one cannot use dice, but has to use a Skipbo deck with the middle cards thinned or use a larger sided die with a conversion table. Despite that, this weapon, the all-or-nothing morningstar, is really interesting as it is quite unpredictable... 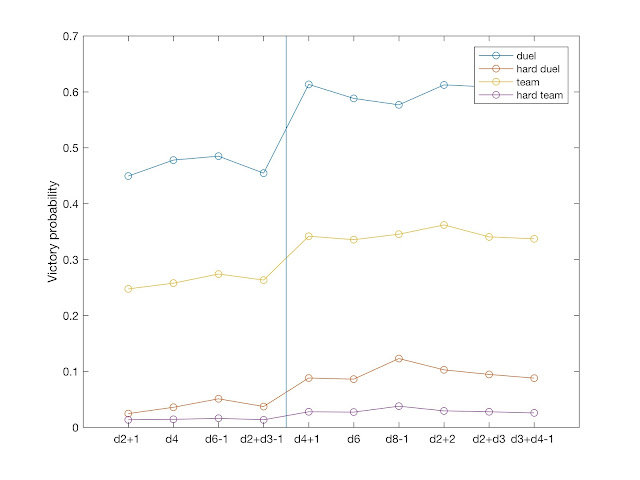 In these extreme cases, there is a there is a slight advantage to higher variance (d6-1 or d8-1), but we are talking about a percentage point or two.
Posted by Mastocles at 4:31 PM